Submit your COVID-19 Vaccine Appointment Request form, to have a scheduler call you. 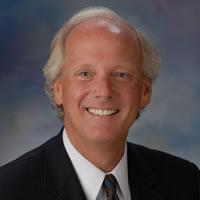 Mr. Jeffery M. St. Clair assumed the top leadership position at Springhill Medical Center in 2009. As CEO and President, Mr. St. Clair is leader of the most technologically advanced, privately owned hospital complex in the area.

Mr. St. Clair has a bachelor’s degree from the University of Alabama in Health Care Management and completed his master’s work in Health Administration at Kennedy-Western University

“I have been at this hospital for most of my professional career, and it is like a home to me, and the people are like family,” Mr. St. Clair said. “In the early years, I had the privilege of establishing several service lines so the local community could have a choice in the type of hospital care they received. It’s always been important to us here to provide the same type of care we would want for our own family members. I plan to build on that reputation and make sure we can deliver that care in the safest, fastest, most compassionate manner possible.”